We told you that reducing the Internet to a public utility would mean calls for the FCC to regulate anything and everything, and the latest example is just insane. Recently, cell phone carrier T-Mobile announced that it would allow its customers to access the new web-based game “Pokemon Go” without having to pay any data fees.

By waiving the fees, T-Mobile scores points with potential customers who wish to play the enormously popular game without racking up a large data bill.

But instead of cheering on experimentation and a win for consumers, some liberals are outraged at T-Mobile for violating “net-neutrality” rules – and begging the FCC to ban T-Mobile from offering the deal.

Now if you think that’s crazy, you won’t believe this:

Democrat Congressman Frank Pallone, the top Democrat on the committee that oversees the FCC, is complaining that Pokemon Go data usage is costing TOO MUCH!

Last week, Congressman Pallone fired off a letter to Niantic, the creators of Pokemon Go, to investigate their business practices, specifically asking: “Has Niantic worked with wireless carriers to ensure that consumers are not unexpectedly hit with large overage charges?” 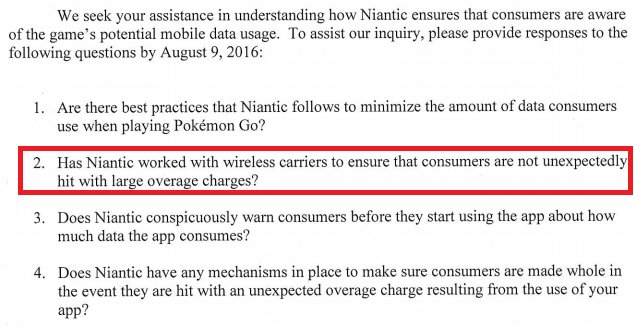 As the top House Democrat overseeing FCC issues and a big supporter of the FCC’s public utility order, you would think he would be aware that his own constituency is fighting tooth-and-nail against any effort to try to reduce or waive data fees for Internet services.

This incident perfectly illustrates how Obama’s FCC is strangling innovation on the Internet, and that once government gets involved, there’s just no winning with the big government liberals who put themselves in charge.

Help us fight back here.